What Will SPHEREx Explore?

The Spectro-Photometer for the History of the Universe and Ices Explorer (SPHEREx) is a planned two-year mission that will survey the sky in optical as well as near-infrared light which, though not visible to the human eye, serves as a powerful tool for answering cosmic questions. Astronomers will use the mission to gather data on more than 300 million galaxies, as well as, more than 100 million stars in our own Milky Way.

SPHEREx will survey hundreds of millions of galaxies near and far, some so distant their light has taken 10 billion years to reach Earth. In the Milky Way, the mission will search for water and organic molecules - essentials for life, as we know it - in stellar nurseries, regions where stars are born from gas and dust, as well as disks around stars where new planets could be forming.

Every six months, SPHEREx will survey the entire sky using technologies adapted from Earth satellites and interplanetary spacecraft. The mission will create a map of the entire sky in 102 different color bands, far exceeding the color resolution of previous all-sky maps. It also will identify targets for more detailed study by other missions, such as NASA's James Webb Space Telescope and the Nancy Grace Roman Spate Telescope. 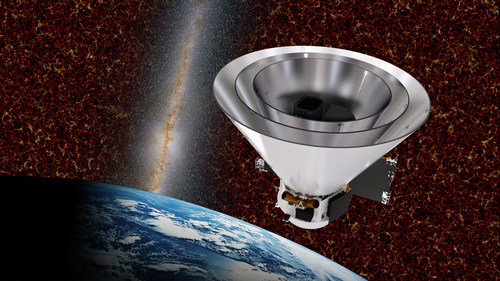